Report: Philip Rivers is not happy about moving to LA; Has a no trade clause though 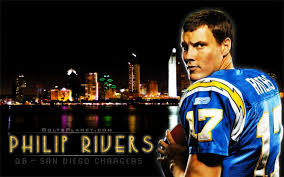 Chargers QB Philip Rivers upset with the move to LA?

Per source, #Chargers QB Phillip Rivers is not interested in a move to LA, and #49ers are interested suitors.

David Barclay, a member of PFWA tweeted that the 49ers are interested in Philip Rivers. Someone asked Chargers beat writer Kevin Acee if this is true, and Acee tweeted it was news to Rivers.

This was news to Rivers. Also, 49ers don’t have GM/coach. He has no-trade clause. Believe me, he’ll take LA over SF. https://t.co/AIAjI2rqJy

So while it is a rumor, remember Rivers does have a no trade clause.  So it will be something to keep an eye on down the road.