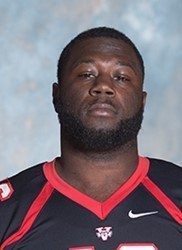 One of the coolest things I’ve done was participate in my cousin’s Marcus Easley youth football camp during the summer. It was a chance for me to give back to my community & interact with the kids

My mother is my role model because I’ve seen her fight through a kidney disease, battle cancer and made it through dialysis. She just received her kidney transplant 2 months ago, so to see how far she came and her willingness to fight and never quit is why she’s my role model.

My heart separates me from everyone, I refuse to be outplayed or out-willed. The passion and intensity I play with is second to none.

When you are breaking down film, what do you look for? I look for the little things such as effort and technique, I also look for tendencies  and how players react in certain situations

It’s a tie between Kenny Murphy & Sharmaine Washington, they were both teammates at VSU. Everyday I battled at practice against to All-American Linebackers, they competition between us was at an all-time high.

Mike Tolbert, FB, Carolina Panthers. Our playing styles are similar as far as being able to block, run the ball and catch out the backfield.

Before every game I pray to God and thank him for allowing me to be able to continue playing the game I love.

My biggest strength is my knowledge of the game.

My biggest weakness is maintaining proper technique when I’m tired. 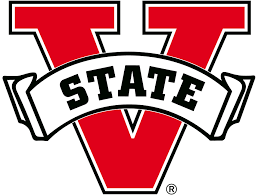 I would tell the GM you wouldn’t find anybody more passionate or appreciative of this opportunity than myself. Having relatives in the NFL, I was able to be around professional athletes all the time so I learned how to carry myself as a pro.

If I could have dinner with three people it would be Muhammad Ali, Malcolm X and Minister Louis Farrakhan.

I would buy my mom a house