Bills will likely move on from Rex Ryan; Will retain GM Doug Whaley 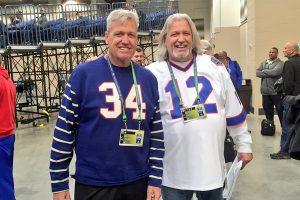 The Ryan’s are likely out in Buffalo

The Buffalo Bills defense has been horrible this season, and it sounds like the Buffalo Bills will fire Rex Ryan after the season.  Here is the report from ESPN by Adam Schefter.

Ryan is aware of what’s ahead, sources said, which creates an awkward situation surrounding the Bills until the change is made.

While Buffalo is preparing to part ways with Ryan, the organization is expected to retain general manager Doug Whaley, who is expected to be given a chance to hire his third different head coach, after having a hand in the hirings of Ryan and former Bills head coach Doug Marrone.