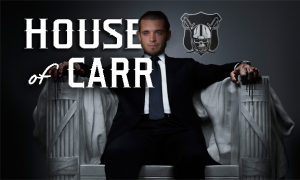 The Raiders are about to pay Derek Carr

Today a report came out that the Oakland Raiders are prepared to make Derek Carr a very wealthy quarterback. According to Adam Schefter of ESPN, the Raiders are prioritizing a new deal for their gunslinger.

The Raiders are prioritizing a new deal for Carr after this season, the first time he’ll be able to sign an extension with Oakland, and a league source expects that deal “to be Luck-ish,” a reference to the five-year, $123 million contract that Andrew Luck signed with Indianapolis last summer.

Carr is a stud and deserves every penny.  The Raiders are moving in the right direction and it will not be long before they are making a run for the Super Bowl.