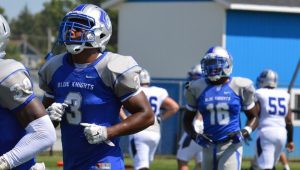 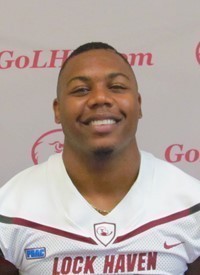 Tupac Shakur is my role model because of his wisdom, and he died for what he believed in

I played basketball and ran track in high school

I can pass rush with the best of them, I’ve beaten my man/offensive on a career average of 1.5 seconds

I look for the tendencies of the offensive guards, they take you right to the play

The death of my grandfather last December was a big one, I overcame it by starting each day 0-0, and focusing on being 1-0 at the end of each day, win the day

My biggest strength is my pass rushing ability, as well as my ability to work downhill, which is why I have 65 career TFL’s

My biggest weakness is field awareness

I would say my producation level speaks for itself, some players have a good year or two, but I’ve had a great 4 years, and been consistent as far as numbers

I would choose to speak to Tupac, Huey Long, and Von Miller

First thing I would do with my first NFL check is pay my student debt/loans off, or a good portion