Here are a few Week 10 studs and duds to consider as your fantasy season progresses on. 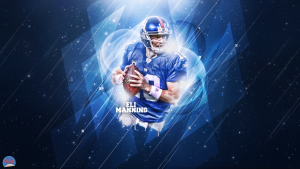 Eli Manning is a must play this week

After a prolific four touchdown performance against a stout Philly defense last week, Manning seems to be hitting his late season stride and the Bengals are only the 26th ranked pass defense against fantasy quarterbacks so far this season. With a now healthy receiving corps, Manning seems to be a tasty match-up Monday night against the Cincy.

Last week Ajayi proved that he’s still on his hot streak, recording 130 yards and scoring his fifth touchdown in four games. Although the Charger’s defensive unit has been playing well as of late, they are still soft against opposing running-backs. With Ajayi averaging 25+ touches per game in recent weeks, he is a must start in any league.

It seems as if Jordan Matthews is one of the only receivers on the Eagle’s offense that can consistently catch passes, along with leading his teammates in yards, targets, and touchdowns by a substantial margin. The Falcons have been very friendly to opposing wideouts most of this season and I’m betting that the Eagles will be playing from behind most of this game, forcing Carson Wentz to throw the ball deep often. Expect Matthews to make a big play or two this Sunday. 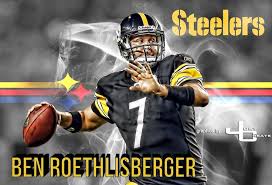 Ben Roethlisberger is a Dud this week? Buyer beware

Dallas has been keeping opposing quarterbacks in check all season, allowing multiple passing touchdowns only three times this year. The Steelers offense has been underwhelming lately and Big Ben is still not 100% with a meniscus injury. Find an alternate quarterback if possible.

After only receiving six carries for 4 yards last week, it is looking like Crowell is only valuable in the passing game or if he scores a touchdown. The Ravens are only allowing 3.4 yards per carry this season and Duke Johnson has seen an uptick in playing time, resulting in Crowell being a bench player this week unless you are in a deep PPR league.

Edelman has been disappointing this season to say the least. Since Tom Brady’s return, Edelman has actually regressed and has only eclipsed 60 yards once, even while leading his team in targets. This just shows that his playmaking ability has fallen off due to lingering injuries, and Seattle’s tough pass defense will not make things any easier. Edelman is not a viable fantasy starter this week.