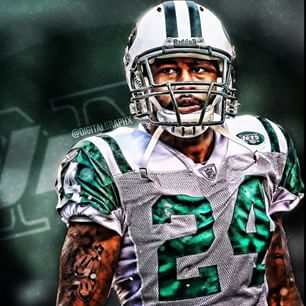 Darrelle Revis needs to retire, he is old, and even he knows it

Darrelle Revis made Kenny Britt look like a true number one receiver yesterday. Britt was tearing him up all over the field.  After the loss, Revis told reporters that he is just old, and that is why he is getting burnt.

“You have bumps in the road,” he said. “Are you going to see a one catch for one yard gain? Probably not. I was 23, 24 years old then,” he said, in reference to his performance against Indianapolis’ Reggie Wayne in the 2010 playoffs. “That’s just not where it’s at. Can I execute better and do things better? That’s going to come. That’s definitely going to come down the road.”

“I think people look at the price tag and not the whole body of work on what I’ve done in this game,” Revis said. “It will be forever remembered. I’m not being cocky about it. The numbers are there. They show. I shut down some of the best of the best playing man-to-man coverage.”

Darrelle Revis sounds like he needs to retire, because he is costing his team a ton of money and first downs.