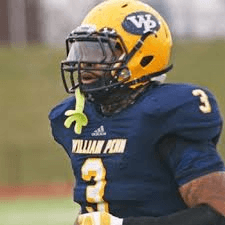 Alvin Reels Jr. is a playmaker for Dakota State

My mom she taught me to never quit anything you start and that has taken me pretty far in life. I can always count on her to be there for me that’s my best friend.

Yes, I’ve played almost every position in football from every LB position RB to OL to DE really anything to get me on the field.

I’ve been told I have good lateral speed I can get sideline to sideline pretty easy. I would say it’s my motor and my passion I pride myself on working hard and giving my all on every play. 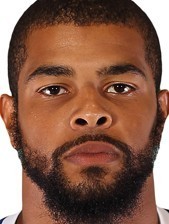 I look at the O-line a lot see how there splits are and if they have any tendencies and how physical they are. I also read the RB’s body language and his steps also I look for what type of runner he is.

I would probably say I compare my game to Lavonte David LB for TB Bucs. He’s one of those hybrid LB’s he’s not that tall but he’s fast and plays with a high motor. I just sit back and watch him every play he gets sideline to sideline and makes plays in the backfield. That’s something I pride myself on is playing fast and with a high motor causing disruptions.

The hardest obstacle I had to overcome was leaving my first school and sitting out a year. I had to really prepare myself mentally to sit out and kind of find myself again and what’s my reason for still trying to play. I learned a lot about myself and what I was capable of.

Picking out my swag for the game while I’m listening to Kodak Black and eating skittles. Just thinking about making plays for my team.

Biggest weakness: False step out of stance and Man Coverage

I’ve never been the best I work hard and I got heart. All I need is a chance and I’ll prove anybody wrong.

I Would buy a bunch of land and build a house big enough for all my close family and friends to all live in.