Do you agree with the Steelers going for 2 after almost every touchdown? 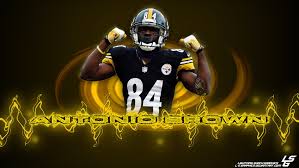 Should the Steelers keep going for two?

The Steelers became the first team to try at least four two-point conversions without converting any since the two-point attempt was introduced to NFL in 1994. The six two-point tries between Pittsburgh and Dallas tied for the second most combined two-point attempts in a game (7 in Week 14, 2013 between Detroit and Philadelphia), according to the NFL website.

Tomlin’s team was 14 for 17 on two-point attempts over the past three seasons before Sunday’s 0-for. Mike Tomlin says they will keep going for two, but do you agree?

“We want to be aggressive,” Tomlin said, via the Pittsburgh Tribune-Review. “That’s not out of line with our personality. Not only recently, but in recent years.”

I want to know what you think? Do you agree with going for 2 all the time?