Patriots make a trade for Kyle Van Noy of the Lions 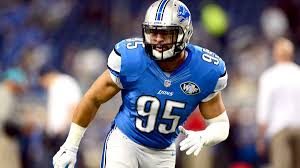 The New England Patriots have did business today with an old friend. According to multiple reports, the Patriots have traded for linebacker Kyle Van Noy a former second round pick of the Detroit Lions.

The 2013 FBS Independent Defensive Player of the Year, Van Noy racked up 62 tackles for loss and 26 sacks in his BYU career. Considering his latent pass-rushing skills in addition to the ability to hang with tight ends in coverage and set the edge in the run game, the Patriots might have visions of Mike Vrabel-like potential if Van Noy reaches his ceiling.

The Patriots only gave up a draft pick for the former second rounder. This is a typical Belichick move. Lions sending LB Kyle Van Noy & 7th-rd pick to Patriots for 6th-rd pick