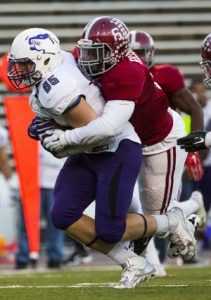 Mentor and hangout with underprivileged youth, reading in classrooms, working out and just giving back time to the younger kids.

My mother and grandma. We grew up in harsh situations but they never complained and always made sure my sisters and I had what we needed.

My ability to run & move from sideline to sideline

I used to but not really anymore. I just listen to music and get into my zone.

My size. I don’t use my hands as well as I should against lineman either. 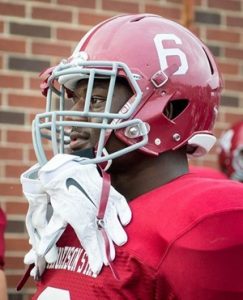 I’m a very well coachable player that knows how to win. I have 6 championship rings.

I would put my money into an savings account.