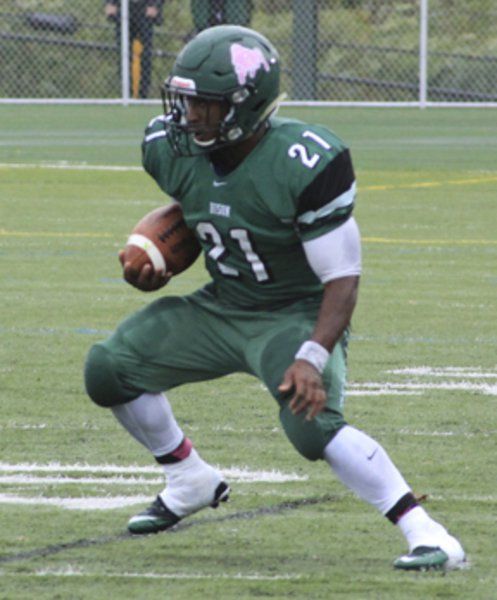 Jalen Holmes is a scat back with versatility.

I am from New Castle PA

My father is my role model, because he works so hard to provide for his family and he is consistent

Growing up I played baseball, basketball, football, and ran track

I played outside linebacker

The toughest player I have ever faced was Rushel Shell

The biggest obstacle I had to overcome in my life was being told by people that I was too small or that I was too slow, I overcame it by working hard and being dedicated

My pre game ritual is saying a prayer before every game

My biggest weakness is I don’t watch enough film! 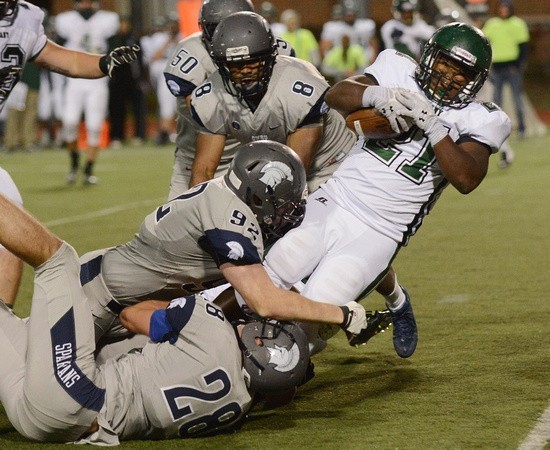 If you were a GM and gave me a second to sell myself, I would tell you I rather show you that I’m worth your time instead of telling you what to expect from me

If I could have dinner with three people dead or alive I would choose Albert Einstein, John F Kennedy, and Mike Tyson

The first big item I would buy is just giving my dad my first big paycheck.