Report: Ray Rice could get another chance to play; There is a “growing sense” he plays again 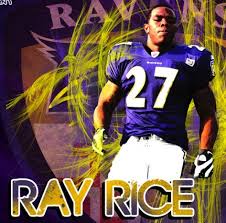 Ray Rice could have a new home soon

Ray Rice has not been on a football field since 2014, but the former Ravens running back is still in shape.  According to ESPN’s Adam Schefter there’s “a real belief” and “a growing sense” in league circles that running back Ray Rice get another chance to play in the NFL.

Schefter said on ESPN’s “Sunday NFL Countdown” that, “in speaking to some teams around the league, there’s a real belief that Ray Rice has a real chance to get back into the league this year.

“[Rice] has been pushing for this. He’s been staying in shape and I think he has the league’s backing.”

Rice has been out the league since a video surfaced of him uppercutting his fiancee in an elevator.