NFL workouts for September 13th, 2016; Patriots had several players in 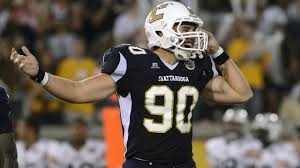 According to Adam Caplan of ESPN, the Packers brought in former Jaguars RB Storm Johnson for a workout on Tuesday.

The Detroit Lions brought in free agent S Jimmy Wilson and CBs Blidi Wreh-Wilson and Demetrius McCray for workouts this week, according to Adam Caplan.

The San Diego Chargers brought in free agent WRs Chris Givens and Griff Whalen for workouts this week, according to Adam Caplan.

Adam Caplan of ESPN reports that the Buccaneers worked out DE Kroy Biermann and G Josh LeRibeus on Monday.

Matt Maiocco of CSN Bay Area reports that the 49ers brought in free agent WR Aaron Dobson for a workout on Tuesday.

According to Adam Caplan, the Cowboys recently worked out 14 players including WR Josh Boyce, CB Sammy Seamster, and QB Sean Renfree. Caplan mentions that LB Ryan Davis and DT Leon Orr were also a part of the tryouts.

According to Adam Caplan, the Colts brought in free agent RB Zac Brooks for a workout on Tuesday.

According to Aaron Wilson of the National Football Post, the Bears brought in four players for workouts on Tuesday including: DE  Jimmy Bean, DE Rufus Johnson, LB Deiontrez Mount, and LB Jermauria Rasco.