Major Injuries around the NFL; Week 3 was rough for Fantasy Owners 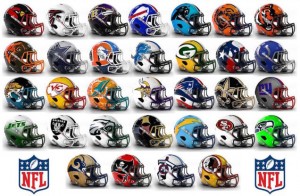 We are going to go through the NFL injuries during week 3. Here is a list of some of the bigger injuries throughout the weekend.

According to ESPN Seahawks reporter Sheil Kapadia, Wilson has a sprained MCL and is expected to play this week.

According to ESPN Bears reporter Jeff Dickerson, Langford was wearing a walking boot in the locker room after the game, and suffered an ankle injury.

According to NBC’s Michele Tafoya, trainers wrapped Bryant’s knee following the Cowboys’ first possession, he would return and score a TD at the end of the game. They are calling it a sprained knee.

Te’o sustained a noncontact Achilles injury in the first quarter against Indianapolis. He will undergo surgery and is done for the year.

Vereen tore his triceps on Sunday and will miss the remainder of the season.

Timmons injured his left shin in the first half, and would end up at the local hospital. We are understanding that he severed an artery. He could miss several weeks.

Hall was officially diagnosed with a torn ACL and will miss the remainder of the season.

Breeland, the Redskins’ No. 2 cornerback, sustained an ankle injury in the first quarter and was ruled out for the game.

Cameron left Sunday’s game as trainers evaluated him for a possible concussion. The last time he had a concussion he missed multiple games.

Ward sustained a noncontact quad injury while covering a kickoff in the second quarter.

Alex Boone was carted to the locker room with a hip injury.  Vikings have been struck by the injury bug badly this year.

Eli Rogers was ruled out for the remainder of the game because of a toe injury.

Watson, who left the Raiders’ Week 1 game (groin), sustained another groin injury Sunday against the Titans.

Jackson injured his left ankle in the preseason, and he tweaked the same ankle in the second quarter against the Giants.

Cook isn’t expected to be out for the season, but the Packers are still trying to determine whether Cook will miss only a game or multiple games after the team’s Week 4 bye.

Golden, the Steelers’ starting safety, sustained a hamstring injury in the first quarter, and could miss some time.

Both Eli Apple and Dominique Rodgers-Cromartie both were injured and could be out and miss a game.

Wilson, the Lions’ starting safety, was ruled out because of a neck injury he sustained in the first half.