Indiana University Freshman was arrested for 2 counts of child molestation 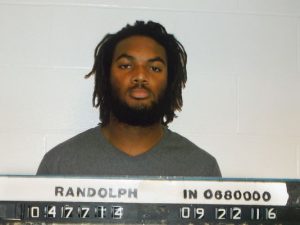 A former Indiana University football player was arrested on Thursday on two counts of child molestation.

The Randolph County Sheriff’s Office received word on Wednesday that Kiante Christopher Enis, 19, of Saratoga, may have engaged in sexual misconduct with “a child 13 years or younger.”

Investigators say Ennis admitted to being in a consensual but illegal relationship with a teenage girl, and because the two admitted to having sex, Ennis will be charged with child molestation. His name was still on the roster, but it did not take long for them to remove his name and his scholarship.