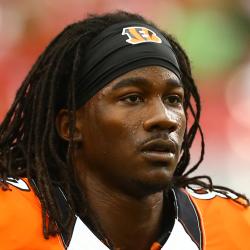 According to Ian Rapoport of the NFL Network, wide receiver Cobi Hamilton will be joining the Pittsburgh Steelers. He was selected in the sixth round of the 2013 NFL Draft by the Cincinnati Bengals out of Arkansas and has since spent time with the Philadelphia Eagles, Miami Dolphins and Carolina Panthers.

#Steelers have signed WR Cobi Hamilton, source said. He’s the ex-#Bengals WR who was picked with the pick that came in the @ochocinco deal

In his four years at Arkansas, Hamilton caught 175 passes for 2,854 yards and 18 touchdowns.