Steelers have restructured the contract of Antonio Brown 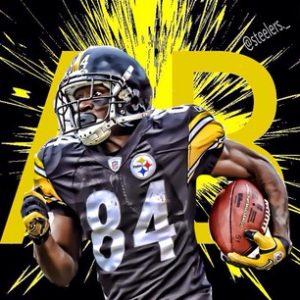 Steelers wide out Antonio Brown has restructured his contract

According to Pro Football Talk, the Pittsburgh Steelers have restructured the contract of wide receiver Antonio Brown.

A league source tells PFT that the Steelers have moved $4 million in Brown’s compensation from 2017 to 2016, pushing his compensation this year to $10.25 million. Although the restructuring robs Peter to pay Paul, Brown like will get paid like John, Paul, George, and Ringo come 2017, so it doesn’t matter whether his 2017 pay is reduced.

This is great news for the Steelers who gain more cap space and ultimately make their wide receiver happy.