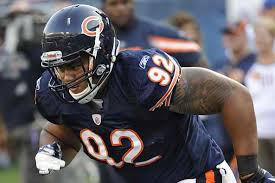 Two more good players will be available after today at 4pm. According to Mike Jones of the Washington Post, the Redskins have released both ILB Perry Riley and DE Stephen Paea.

Paea played college football for Oregon State University, and was recognized as a consensus All-American. He was drafted by the Chicago Bears in the second round of the 2011 NFL Draft.

Riley was drafted by the Redskins in the fourth round of the 2010 NFL Draft. He played college football at Louisiana State University (LSU).