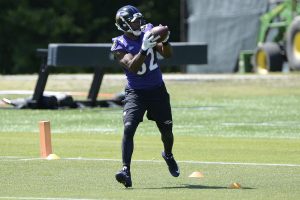 Benjamin Watson is one of the best tight ends in the NFL and this year he will watch the games from the sidelines.  Tonight while playing for the Baltimore Ravens, Watson tore his Achilles tendon which will end his season.

Watson, 35, tore an Achilles tendon on the first play of a game against the Detroit Lions, the team announced.

The Ravens signed Watson to a two-year deal worth $7 million in the offseason. He played the last three seasons for the Saints. He posted career bests in 2015 with 74 catches for 825 yards and six touchdowns.