Patriots make a trade!!! Bryan Stork to the Redskins

They put the mews out early enough that teams began calling to see if it was true.

The Redskins just traded for him, before the Patriots made the cut official. Now they get something for him in exchange. 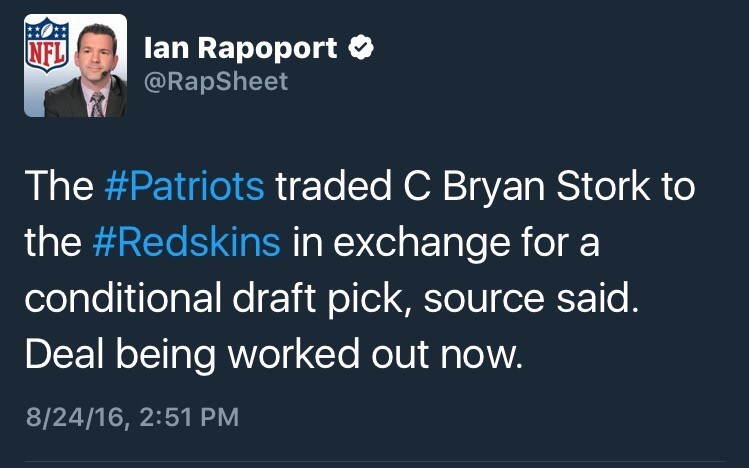