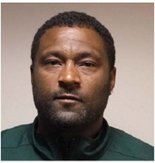 Andre Rison was one of the best wide receivers on the field, but he may not be one of the best Father’s in the world.  According to a report from MLive.com, Rison has an arrest warrant out for him after failing to pay child support.

Rison was ordered in July 2012 by an Arizona federal judge to pay roughly $323,000 after he pleaded guilty to two counts of failure to pay child support. The judge ordered that he make payments of at least $1,000 per month while on five years of probation.