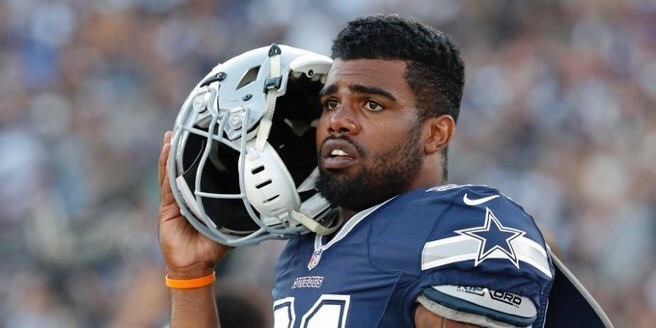 Ezekiel Elliott was feeling good as camp ended this week after being out the first preseason game because of a hamstring injury. Zeke went through drills and worked with training staff on the side at Tuesday’s practice. The idea is that, with camp being over, Elliott will be able to return full go when the team gets back together next week.

Even with this positive news, Cowboys fans may have to wait a little longer to see the much anticipated debut of the fourth overall draft pick. Elliott said to ESPN, “With this injury, you’ve got to be patient. You can’t rush it back, it can turn into a six-, seven-week out injury.” As much as Cowboys fans want to see the former Buckeye run behind the league’s best offensive line, the best chance for Elliott to play will be August 25th against the Seahawks.

Missing so many preseason practices may alarm any fan, coach and especially player about being behind in learning the offense and being game ready but, Elliott remains confident that when the time comes, he will be ready to shine. Elliott said, “I’ve done a good job of paying attention and getting my mental reps.”

The Cowboys next preseason game is against the Miami Dolphins Friday night at 8:00 PM.