Cleveland signed linebacker Jason Neill and offensive lineman Corey Tucker to replace them on the roster. Neill spent part of May with the Cowboys while Tucker was with the Packers for a spell before getting dropped on June 1.

The team also had a player in for a workout according to his agent. 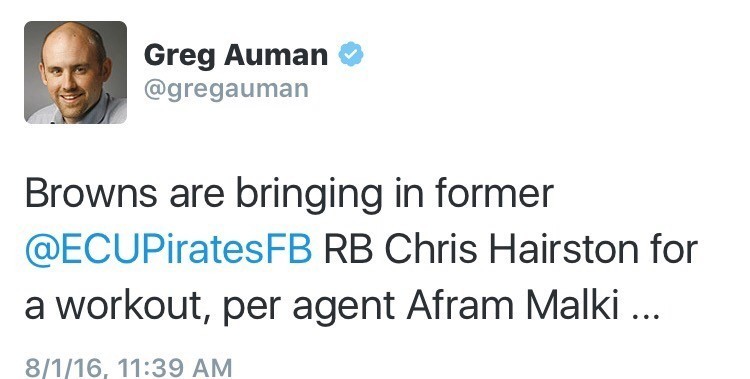