Troubled SECOND ROUND PICK kicker Roberto Aguayo (that’s right the 47th overall pick was a kicker) is having a rough time. In a joint practice with the Cleveland Browns the Buccaneer missed 3 of 6 field goals, and was then promptly booed by Bucs fans. The misses were 35 yards out, he then made two at 35, felt good so he backed it up to 45 yards, and proceeded to shank that one. He then attempted the 45-yarder again-and shanked that one wide left. 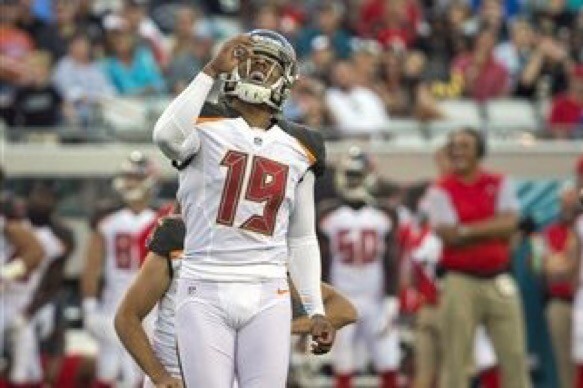 What probably didn’t make the situation any better was that the Bucs former kicker, Patrick Murray, is now on the Cleveland Browns, and in their joint practice, Murray was a perfect 4 for 4 on kicks.

While it has been a tough road, the Tampa Bay faithful are behind the rookie kicker and believe he can get back into his Florida State form.