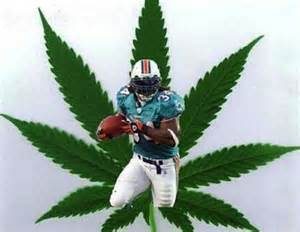 Ricky Williams is an interesting person

Back in September 2004, Ricky Williams had retired from football at 27 years old and found himself stranded at an airport in Thailand, unable to get to a benefit concert being held at the Great Wall of China. Williams had a thought of returning to the NFL and playing for the Raiders.  He was going to change his name to Rio Don, and try to get signed by the Raiders.

Per the SI column.

“He planned to fly instead to the Himalayas, where he would hang for six months with a friend from Australia who went by the name Mystic Steve. But while he was waiting for a ride to Chiang Mai airport, Williams spied a game between the Raiders and the Buccaneers on the TV in his hostel. Right there he decided he would come back. He needed the money anyway. He called (his wife) Kristin and said, “I’m coming home.”

Williams knew he needed a fresh start, so he decided to change his name to Rio Don, switch his jersey number from 34 to 21 and sign with the same Raiders team he admired in the airport.

Williams was so taken by his idea of reinvention that he signed a batch of footballs for his agent, “RIO DON, #21”, per NFL.com.