Report: Vikings German draft pick is struggling to pick up the playbook 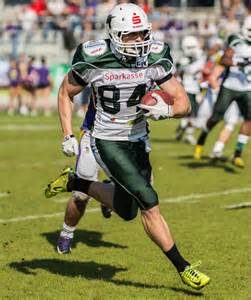 According to ESPN 1500 Twin Cities, sixth-round WR Moritz Bohringer is on the “outside looking in” for a roster spot. The German star was drafted in the sixth round of the 2016 NFL Draft, and while he has all the intangibles the mental part of the game seems to be troubling him.

ESPN’s Ben Goessling believes Bohringer will likely begin his career on the practice squad.
Bohringer admitted that he was struggling with the “mental” side of the game, and he reportedly dealt with drops during the offseason program. Drops happen, but the former German superstar still has a ton of growing room. Remember he did not play a ton of football. I would not give up on the young pass catcher just yet.  I think he will be fine, just needs a little bit of time.
Related TopicsMinnesota Vikingsnfl draft vikingsNFL VikingsVikingsvikings brock lesnarvikings draft pickvikings draft rumors and rantsvikings rumors