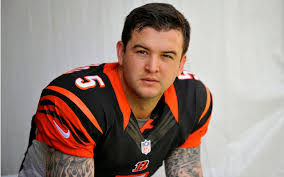 A.J. McCarron posted a tweet saying that Brock Lesnar was doping after Lesnar won UFC 200, and was criticized heavily for it.  Now the Bengals QB is looking at the haters and laughing, after Brock Lesnar tested positive for a banned substance on the DAY OF UFC 200 … this according to the UFC.

5 days ago – View on Twitter
Brock is a legend for the UFC game though! Love watching him fight. Wonder if he comes back to fight after this?? What’s y’all thoughts??

The U.S. Anti-Doping Agency notified the UFC that a sample collected on July 9th tested positive for the same substance that was found in Brock’s 1st failed test, which went down on June 28th.

“It is important to note that, under the UFC Anti-Doping Policy, there is a full fair legal review process that is afforded to all athletes before any sanctions are imposed,” the UFC said in a statement.