Steelers offensive coordinator believes they can score 30 points a game 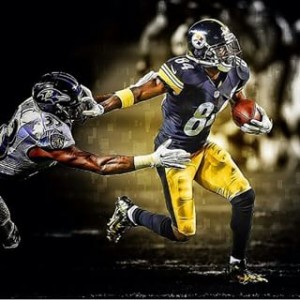 Steelers are hoping to score 30 points a game this season

So far this season we have heard the Steelers want to run the ball for more than 5 yards a carry and now their offensive coordinator wants to score more than 30 points a game.

Todd Haley, who is entering his fifth year as Steelers offensive coordinator, told the team’s website that Pittsburgh’s offense is capable of scoring 30 points a game this season.

“Thirty points per game is still a goal,” Haley said. “I think what we did great last year was we got in the red zone a bunch. We probably scored 6 out of the 10 times we were in there and we always want that to be better.”

Haley isn’t too far off. The Steelers ranked 13th in the NFL with touchdowns on 57.14 percent of their red zone trips in 2015, so I would not doubt them.  I could see them scoring 30 points a game too if they did break the five yards per carry.