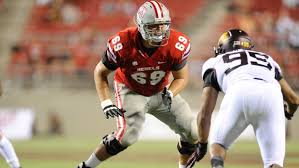 Adam Caplan of ESPN reports that the Chargers are signing OL Brett Boyko to a contract on Thursday.

Former #Eagles G/T Brett Boyko is going to sign with the #Chargers.

Prior to the 2015 NFL Draft Boyko gained interest from several NFL teams and he also participated in the NFL Scouting Combine in Indianapolis, in February 2015. Despite the interest, Boyko was not drafted by any team in the 2015 NFL Draft. He was however drafted in the second round of the CFL Draft by the BC Lions.