Report: Peyton Manning will not take on a career in the media right now 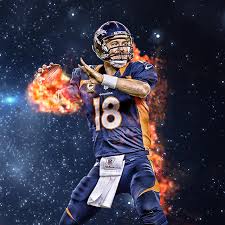 Peyton Manning will likely not be on TV this season

According to New York Daily News, Peyton Manning is not likely to pursue a career in the media. Peyton Manning retired this season and it looks like he will just relax and spend time with his family.

Network sources maintain Manning has shown no interest in pursuing a TV career, at least for the upcoming season.

One source went as far as saying Manning, through his representatives, has specifically told the NFL’s TV partners he won’t be yakking into any football microphones when September rolls around.

Peyton will still go down in history as the best quarterback to ever play the game in our opinions.