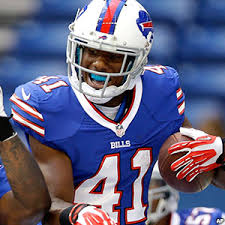 Rolle, 25, was added to the Ravens’ practice squad last November after he was released by the Houston Texans.  Rolle, an undrafted free agent out of Catawba College, has played in 19 games and has 18 tackles, three interceptions and four passes defended.

Rolle has also been a member of the Buffalo Bills, New Orleans Saints and Green Bay Packers.