Jets placed Jerome Cunningham on the waivers; Sign an undrafted running back 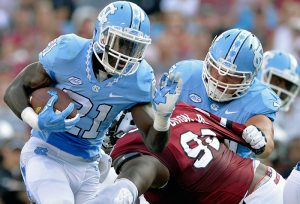 The NY Jets signed another running back today

The team released Jerome Cunningham in a corresponding move. The team claimed Cunninham off the waivers a few weeks ago from the Giants.