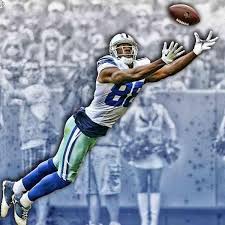 Dez Bryant was not the best shape ever last year according to the Cowboys VP. This sounds like a challenge for #88

The Dallas Cowboys will need more out of Dez Bryant this year if they want to make a run.  He was a beast last year, but with all the quarterback inconsistencies, Bryant could be ready to have a breakout year. The Cowboys vice president Stephen Jones even made a statement this week saying that Dez was not in the best shape of his life last year.  Saying he needed to get in better shape.

“We feel great [about Bryant],” Cowboys executive vice president Stephen Jones said Wednesday from the club’s annual golf sponsors tournament. “I think he’s really focused on being around and doing the work and that’s important. His injury requires the rehab and the TLC that our guys give him, [athletic trainers] Britt [Brown] and Jim [Mauer]. He’s done an outstanding job and been committed to being around and I think that’s only getting better. That’s what we need of him, is to get well and do his rehab and then get in great shape.

“I think one of the tough things about last year for Dez, he plays with such energy, that with the contract dispute, if you will, he wasn’t around, which is business, and consequently he probably wasn’t in his best shape going into the season and then you start to add the injuries when players aren’t in shape and they continued on through training camp and then on into the season and we ended up not having him much last year, so if he can get his rehab done and get himself in top condition, then I think we’ll see the same Dez that we saw two years ago.”

I think Dez will see this is as a slap in the face. I would not be shocked to see him show up ready to light up the world. This kid has all the talent in the world, and I think this year he ignites the Cowboys.