AFC West Grades for the 2016 NFL Draft; One team just keeps getting better 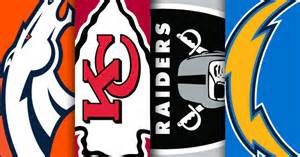