What routes do #NFL teams run their rookies the most? Find out why Corey Coleman will be fine 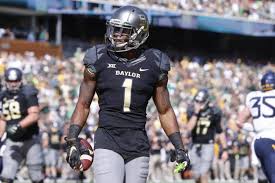 It looks like Corey Coleman will be pretty solid after all in the NFL, even if he only runs a couple routes

There have been many people criticizing Corey Coleman from Baylor, because he did not run many routes. Well according to the statistic from Pro Football Focus’ own Neil Hornsby, Corey Coleman should be just fine.

Corey Coleman’s route map is ridiculous. 76 of 116 targets on hitches and go routes.

Well after that breakdown, people were scared, but Neil cleared that up pretty quickly by posting this photo of the routes that the rookies from last year ran in the NFL.

Based on last year in NFL here are pass routes new WRs will be expected to run: pic.twitter.com/Jjqbeu7RS4

People complaining about C Coleman’s route tree: Just routes he ran primarily at Baylor would be 51% of avg NFL tgts