Report: #Cowboys have Jalen Ramsey as their number one player on their Big Board 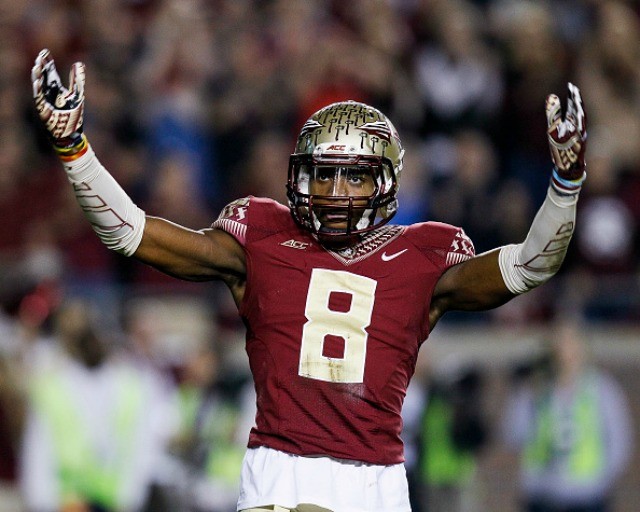 Florida State DB Jalen Ramsey is the number one player on the Cowboys big board?

Tony Pauline of Draft Insiders, is reporting that the Dallas Cowboys have Florida State defensive back Jalen Ramsey as their top guy on their big board. Pauline also reports that small school quarterback Carson Wentz is on the Cowboys big board as well, as a top three guy.  Wentz is the teams highest rated quarterback according to Pauline.  Here is what he wrote:

Back in February I reported Jalen Ramsey was atop the Dallas Cowboys draft board and can tell you nothing has changed as the Florida State defensive back is still number one with the organization. I’m told the team has Carson Wentz of North Dakota State as their highest rated quarterback and top three on their board.

Dallas has come off of Joey Bosa somewhat as I’m told Leon Lett is down on the Ohio State lineman. They continue to be very high on Buckeye running back Ezekiel Elliott. I spoke about both of those players being targets of the Cowboys at Philadelphia Eagles.com two weeks ago.