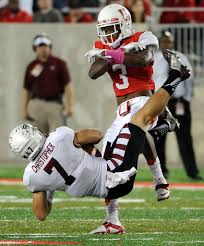 We are learning that cornerbacks Sean Davis from Maryland, Ken Crawley from Colorado and William Jackson from Houston were all in Oakland last week for an official visit with the Oakland Raiders.

CB’s Sean Davis from Maryland, Ken Crawley of Colorado and William Jackson from Houston all had official visits with #Raiders last week

The Raiders were able to sign Sean Smith in free agency, but it looks like they are still looking for another cornerback to come in compete for the opposite side.

Ken Crawley is an interesting prospect. I think he could be a great fit in Jack Del Rio’s system and he can be had outside the first round.