Greg Hardy states he never put his hand on a any woman; Why is he talking? 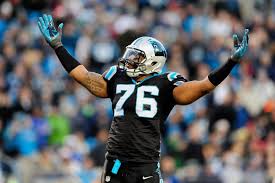 Greg Hardy needs to shut up. The guy is burying himself and he cannot be listening to his publicist.  This is what he said according to the transcripts of the interview.

“I’ve never put my hand on ANY women,” Hardy said, in a partial transcript posted by ESPN. “In my whole entire life, No Sir. That’s just not how we’re raised. As you can tell, like I said again, it’s the Bible belt. It’s just something that’s, I wouldn’t even say frowned upon, just something that’s nonexistent in most southern homes.”

When Schefter asked him about the photographs, Hardy said this: