#Cowboys guard Ronald Leary has signed his tender; Hoping to be traded? 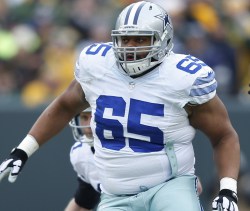 Ronald Leary has been tendered by the Cowboys, but could be he traded now?

Today Adam Schefter of ESPN reported that Ronald Leary the Dallas Cowboys starting guard has signed his second round tender hoping to facilitate a trade out of Dallas.

I am not sure I like this idea, but the Cowboys did sign La’el Collins last year from LSU.  The Cowboys are super deep on the offensive line and if they can get a second round pick in exchange for Leary, why not make that trade. I think it may be a little less than a second, but you never know.