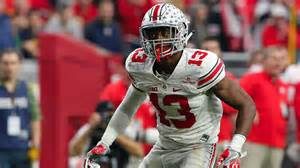 The NFL Draft’s first round is over and out of the first 31 picks, 21 of them were underclassmen.  This was a very good first round in my opinion. Many teams were able to get better last night.

The only team that really dropped the ball was the Patriots.  That first rounder could hurt them, and it did not take too long. According to Mike Jurecki, the Draft only lasted 3 hours and 29 minutes.