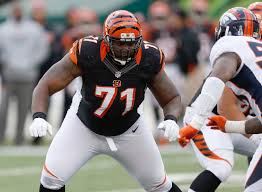 Mike Zimmer could have himself another Bengals player on the roster soon. According to Charles Robinson the Vikings have interest in both Jermon Bushrod and Andre Smith.  The team is expected to host former Bengals offensive tackle Andre Smith tonight.

Smith played college football for the University of Alabama, and was recognized as a unanimous All-American. He was drafted by the Cincinnati Bengals in the first round of the 2009 NFL Draft.

Yes, #Vikings fans, Andre Smith is the player I was referring to last night. Slated to visit. Team is still eyeing OTs.