Titans revise a deal with DeMarco Murray; Here is what it looks like 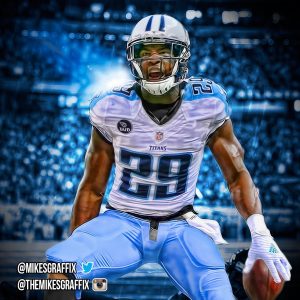 DeMarco Murray is a TITAN. Graphic by Mike Stadlman

Yesterday the Tennessee Titans agreed on a trade that would send DeMarco Murray to the Titans in exchange for something.  Well today, Pro Football Talk’s Mike Florio broke the news on what the new deal for DeMarco would look like. Here you go:

Per a source with knowledge of the situation, the revised four-year deal has a base value of $25.5 million, with $12.5 million guaranteed. (It’s unclear how much of the $12.5 million is fully guaranteed upon signing of the new contract.)

Incentives could push the deal to a maximum value of $33 million. That’s a healthy increase in the $1.5 million in remaining available escalators in Murray’s prior contract.