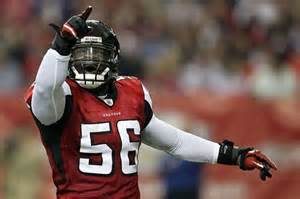 Atlanta Falcons are flying in a familiar face. According to Jay Adams, the Falcons are expected fly former Falcons draft pick Sean Weatherspoon tonight for a meeting.

Weatherspoon played college football at the University of Missouri, and was drafted by the Atlanta Falcons with the 19th overall pick in the 2010 NFL Draft.

LB @SeanWSpoon56 is flying in this afternoon and will visit the Falcons tomorrow! #RiseUp