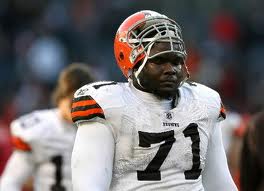 The Seattle Seahawks have signed defensive tackle Ahtyba Rubin to a three year deal according to Fox Sports Mike Garafolo.

Rubin signed a one year prove it deal and it paid off. Rubin was drafted by the Cleveland Browns in the sixth round of the 2008 NFL Draft. He played college football at Iowa State.

Seahawks have agreed to a three-year deal to retain DT Ahtyba Rubin, source says. Was a priority for them.