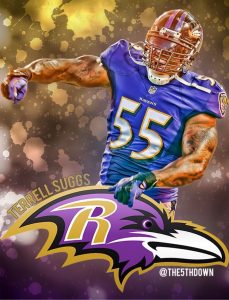 Terrell Suggs was arrested this morning in Arizona

According to TMZ Sports, Terrell Suggs the starting linebacker for the Baltimore Ravens was arrested and detained for a suspended license in Arizona this morning.

A rep for Suggs tells us Terrell had gotten into a minor 1-car traffic accident earlier in the night — no one was injured — but someone heard it and called cops.

When cops arrived to the Mexican restaurant … they spoke with Suggs and learned his license had previously been suspended. He was detained for a suspended license and nothing more.

We’re told his suspended license was due to speeding tickets.

Suggs wasn’t around much last year after tearing his Achilles, but the team is confident the 33-year-old pass-rusher will return to the field next season.