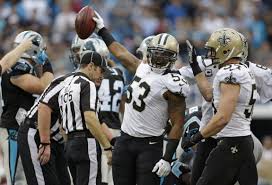 Humber led the Colts with 17 special teams tackles during 2009, and was active on special teams in that season’s playoffs and Super Bowl. In 2010, he was placed on injured reserve after two games with a broken hand, and was waived from injured reserve on November 9, 2010. The Saints signed him on December 1.[2] He played in 13 games in 2011. In 2012 he was suspended for the first three games of the season for a violation of the NFL substance abuse policy, then restored to the active roster.