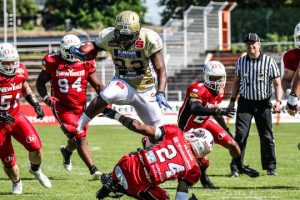 Learn more about Donald below:

Played college football at Georgia State and the University of Kentucky. 1900 yards running in college and 15 touchdowns