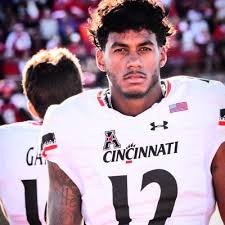 I have done plenty of off field mentoring; two that has stood out to me personally is taking care of autistic children throughout the summer, also apart of a Non-profit organization called Snap God. SNPGD is a lifestyle… We strive to motivate young people to live a life rooted in hard work, honesty, loyalty, and determination. We are driven to promote positive energy, encouraging the masses to have a sense of self worth, respect for others, and community consciousness.  http://www.snpgd13.com/home-1/

Eugen Evans, Father, Not only has he sacrificed himself for is children, he has dedicated the rest of his time for me to be come a young educated well respectful male in today’s society.

I played QB at the University of Cincinnati

If I don’t have a mental edge of the game down I will not know my assignment so, studying film for hours and hours, watching splits,, watching each wider receivers tendencies, second and third downs,  red zones , I feel it gives me a better advantage over other in my position. 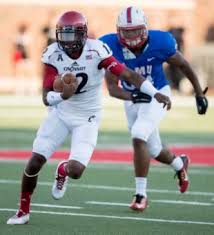 Biggest obstacle I had to face was being young and moving across the United States to pursue my dreams as a NFL player. I went from Towson University in Baltimore to Santa Barbara City College JUCO, Playing for school and housing took a lot out of myself but I stayed focus on the main goal and hat was to get a scholarship to a 4-year university.

Just to pray with others or myself.

I’m above the average height and weight of typical corners; I use my size against offensive players to my advantage.

I’m committed and dedicated to my career. I will represent you, this organization and the city with respect and honor.

I did and still don’t have a favorite team, I just enjoy watching football and certain players.

If you could have dinner with three people dead or alive, whom would you choose?

Three people I would choose probably be president Obama and his family,  John F Kennedy, and Plato (Greek philosopher)

I will be a house with a lot of land to live on years to come.