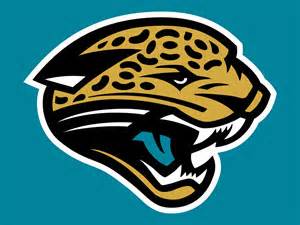 Arguably the best defensive talent in the draft. He can do it all and exhibits a skill set similar to Bobby Wagner. He is a defensive chess piece who can line up at a multitude of spots including slot/outside corner, edge rusher, Mike, Will or Sam. His freak athleticism allowed him to play man up with former Eagles first round pick Nelson Agholor who finished the game with only 3 catches for 24 yards. Jack can make a turnover into a score in an instant. Pairing him with Telvin Smith gives the Jaguars a tandem of sideline to sideline linebackers who can cover and play the run.

What he lacks in measurables he wholeheartedly  makes up for with consistent technique and great football acumen. He has NFL pedigree and his versatility to play Guard and center would give the Jags a solid starter at either position.

Tashaun Gipson appears to be the Jags starting free safety for the foreseeable future but his counterpart has no clear quality starter. Cyprien has been on a rapid decline since his rookie year his 2nd year he was shielded from criticism because of a poor supporting cast but the excuses have run out. Keanu Neal is the perfect replacement, he is regarded as a punishing tackler like most big hitters you’d think he has propensity to go for the knock out blow rather than wrap up, but he consistently gets good contact while displaying proper tackling technique.  He’s a physical safety with good field awareness and rarely takes bad angles on ball carriers. Similar build and play style to former Ravens/Jags safety Dawan Landry.

A later round pass rusher with potential. Judon dominated his competition posting 20 sacks. While he maybe from a small school he is clearly one of the best edge athletes in this years draft class. He has the requisite size length and burst to harass QB’s but he is rather raw as a pass rusher and relies heavily on speed.  If his hand usage and leverage improve he is going to be a handful off the edge ,reminds me a lot of Devin Taylor out of South Carolina.

A fiery physical tempo setter , this is a guy who offensive players don’t want to meet when he has a head of steam. While Northrup suffered an ACL injury in 2014 he still managed to play every game in 2015 and maintained a physicality matched by no other. He may not be a guy you want manning someone up in coverage but his expertise at diagnosing run plays teamed with his immense physicality really likens him to guys like Clint Session, Joe Mays and Denzel Perryman.

He was used in multiple ways by Tennessee as a stand up pass rusher off the edge , a traditional DE with his hand in the dirt ,he dropped into zones, chipped TE’s off the line versatility is his calling card. Although he lacks elite athleticism he is disruptive in a multitude of ways. His first step is not overly effective but he uses an array of pass rush moves to get to the QB. He times his spins well to get tackles out of position and will throw in a bull rush here and there to keep lineman guessing. He can be a solid back up and rotate at the Leo and Otto position. His movement does seem rather laboursome but he is a high effort player along the lines of guys like Lorenzo Mauldin of Louisville and Markus Golden of Mizzou.

Worley possesses prototype  size and arm length to be a press corner but is rather stiff in the hips and doesn’t possess the suddenness to recover when beaten deep or to consistently break on underneath routes. He Makes it very difficult for receivers to catch the ball at its highest point because of his size and physicality but he can be easily out maneuvered by more advanced route runners. Really similar to guys like Blidi-Wreh-Wilson and Ladarius Gunter ; possesses ample size and ball skills but a lack of fluidity in coverage will hinder him from warranting consistent play time.

Possesses the raw athletic ability to play either safety spot but needs better eye discipline and tackling technique. Has to work on not being hesitant  when attacking ball carriers. Raw prospect only one year at safety but with immense physical potential he’s worth a late round pick.